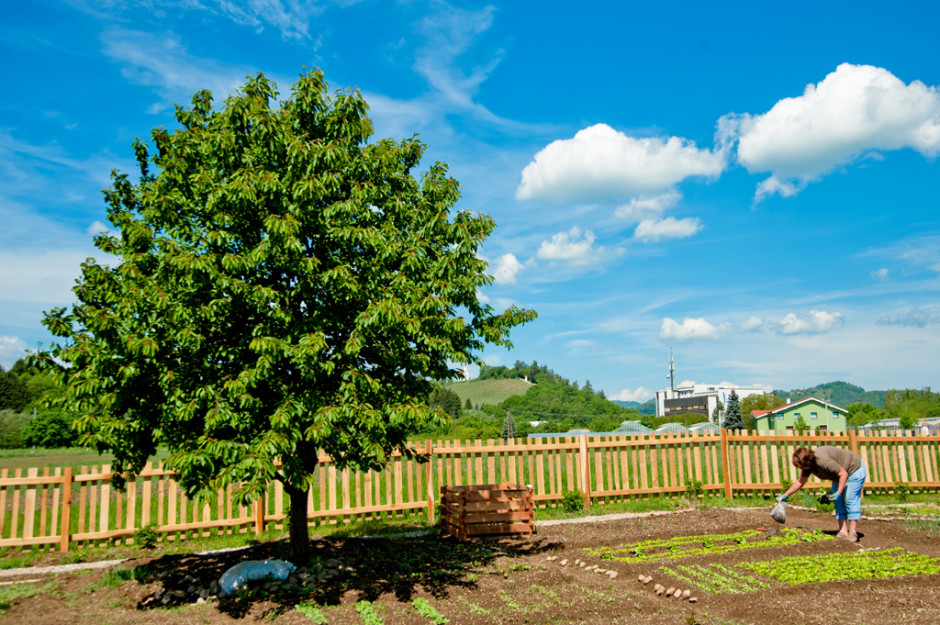 A strained crossroads of social, ecological, economic and cultural ideas, positivist views on more efficient, flexible, and competitive society, inconsistent and unsustainable policies, and the lack of any kind of long-term vision for the development of society – all of these factors have led to the situation we now face in Slovenia: an economic, financial, energy, environmental and food crisis. Since Slovenia’s position is not enviable in comparison to other European countries, the Urban Furrows programme was established in order to, besides keeping the public informed, first and foremost develop concrete examples of best practice in terms of alternative and autonomous production, with special focus on those aspects of life which are a prerequisite for a tolerant, mutually cooperative, and creative society. We focused on strengthening a culture of cohabitation, and aimed to preserve our cultural heritage which, in our opinion, inevitably includes biotic diversity.

In January 2011, without any pompous announcements, we launched a two-year program: in cooperation with local and district communities, educational and social institutions, and, most important, with dedicated creators from Maribor, we established examples of best practice in empowering communities. In less than half a year, with the intense cooperation of five research groups, we have expanded our activities to include cooperation with over a thousand children, parents, various ethnic groups, experts, youth, farmers, workers, homeless people, Roma, handicapped people, and those who feel they have no future. The affirmation of the oppressed and dehumanised, or those who, despite their capabilities and competency, are unable to make a living, took place through attempts to construct new kinds of subjectivities, which we established through emancipating processes, such as creative communities, cooperation, mutuality, solidarity, and dignity.

The Urban Furrows programme consists of an active and highly qualified team of expert researchers, ranging from sociology, anthropology, social work, ecology, agronomy, law, traffic sciences to visual arts. We based our vision on the theory of social ecology, which explains why environmental questions cannot be analysed or solved without first confronting the fundamental contradictions in the mechanisms which drive modern society. These very mechanisms are ripping apart the fabric of society and, consequently, destroying our natural environment. In our work we use the method of militant research, which characteristically takes on a creative, affirmative and dynamic role. This is typical for potencia (creative power) and is the primary reason we work “with” people and not “for” them. These principles strive towards greater heterogeneity, totality, horizontality, autonomy, spontaneity, and intuition.

In comparison with the rest of Europe, Slovenia has the lowest level of fruit and vegetable self-sufficiency. This is compounded by the fact that, for the past twenty years, smaller traditional farms have been disappearing steadily, and the country suffered a significant decline in biotic diversity. What is more, every year Slovenia loses seven hectares of arable land, and all of these problems are contributing to an exponential increase in the number of health risks. Urban Furrows’ answer to these issues was to establish the project Sustainable Local Supply in cooperation with educational and social institutions in the district community of Tezno, and with the participation of communities of small traditional farmers from the outskirts of Maribor. By forming concrete ties between the local community and the city, we wished to shorten the distance from the farm to the fork, lower medical costs associated with cheap food which is commonly sold in the cheapest European mega-markets, and to empower communities which, until now, have been ignored. Moreover, we set up a seed library to collect, breed and increase the variety of autochthonous species, but most of all to establish distribution systems and help seasonal food with high biotic value to find its way back onto our plates. Using the many European success stories as examples, we set up alternative community gardens in Borova vas, right next to a large concentration of apartment blocks. In schools and kindergartens we created permaculture, butterfly, and fruit gardens to enrich the learning process and re-establish contact with the natural environment.

As for the highest level of unemployment in the history of Slovenia, the majority of Maribor construction companies filing for bankruptcy, and the abuse of migrant workers, the Rizom Group, a research team of experts and construction workers, was looking for answers and alternatives by uncovering cases of systemic discrimination. With various projects (such as Free PC, or 0 $ laptop) they sought to establish a new subjectivity for African migrants, so that they could promote their own culture and become a creative part of the city. The Street Counselling Cafe consisted of a team of social workers, who provided counselling and representation in the field and in person as a means of highlighting and tackling the problem of concealed homelessness. They were also looking for additional and systemic solutions for youth exposed to domestic violence, alcoholism, or drugs.

While doing research with the Roma community, three directions were established: first, literary work was to shed light on arranged weddings and the role of young girls and women in Roma families from the time of their migration to Maribor up to the present day; second, with the preparation of a Roma dictionary, Roma language classes were held so that the language could be used by youth and children; finally, in the apartment blocks of Poljane, where there is a high concentration of Roma families dealing with social problems, the Ethnomobile project provided special programs to empower young girls and women, and held educational workshops for children and music therapy. The Teleport project – a cyclist and pedestrian friendly community, with regular weekly bicycle repair shops, Critical Mass, bicycle parades, and plans for social enterprises, took major strides in combating “the raging cars” in the city, calling attention to the safety of pedestrians and cyclists in the streets.