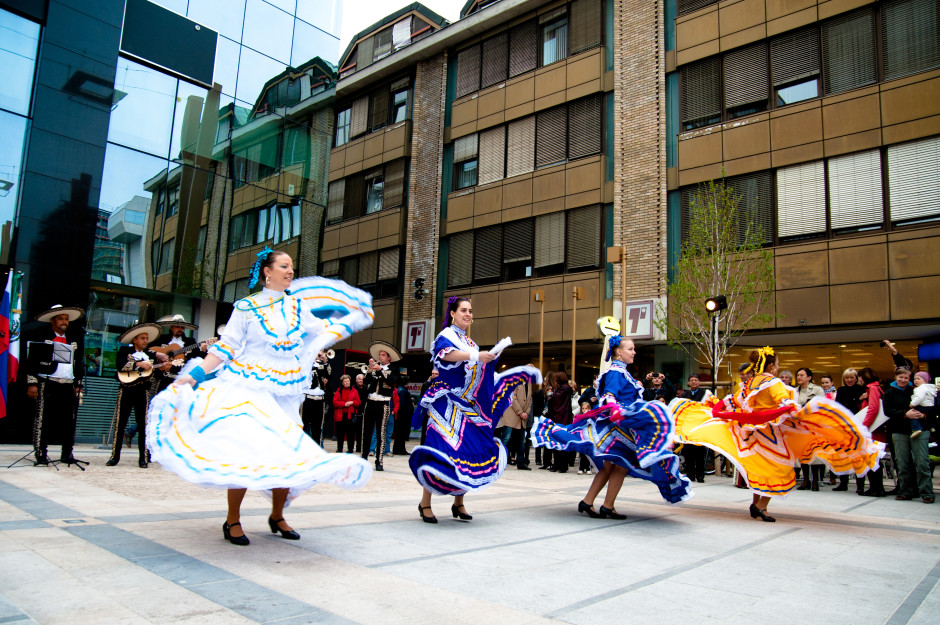 A CONTRIBUTION TO ECOC COSMOPOLITANISM

Together with its partner towns, Maribor invited foreign cultural institutions, EU member state embassies and institutions, and embassies outside the EU to participate in the project. The creative international combination during ECoC 2012 was named Cultural Embassies. Its basic intention was to attract art and other cultural events in the spirit of diversity and wealth of expression of culture from Europe and the world. The programme was designed to enable long-term international cultural exchanges, and promote co-operation with institutions in Maribor and partner towns: Murska Sobota, Novo mesto, Ptuj, Slovenj Gradec and Velenje. All these towns are regional centres in the east of Slovenia, which is also known the Eastern Cohesion Region.

PARTICIPANTS FROM ALL AROUND THE WORLD

Cooperation in the Cultural Embassies programme was supported by all the foreign cultural institutions present in Slovenia, which are members of the network of European National Cultural Institutions (EUNIC): the Charles Nodier French Institute; British Council Slovenia; the Austrian Culture Forum; the Italian Institute of Culture; the Goethe Institute, Ljubljana; and the Institution Cervantes Ljubljana. At the time of publication, the following countries had also agreed to participate: Austria, Belgium, Estonia, Finland, France, Italy, Latvia, Hungary, Germany, Portugal, Spain, Cyprus and Great Britain. Invitations were also extended to other European Capitals of Culture, including future ones, which were invited to present themselves in Slovenia with their diverse programme: (2003) and the Ruhr valley (2010), Pecs (2010), Turku (2011), Guimarães (2012), Marseilles (2013), Riga (2014) and Mons (2015). Countries such as Brazil, Croatia, India, Israel, Macedonia, Mexico, Russia, Serbia, Switzerland and Turkey, which have also confirmed their cooperation, contributed a wider international flavour to the programme.

The Cultural Embassies programme included several anticipated performances by guest artists, including the multi-cultural collective Danza Verticale from Italy and Otto-prod from Marseilles, STU modern dance productions from Estonia, and the ‘Comics, Manga and Co’ exhibition from Germany. MARIBOR 2012 – European Capital of Culture also hosted several resident artists, such as the Finnish master of visual art Markk Haanpää, and Belgian writer Caroline Lamarche – the latter was a guest of Maribor in 2011 during the ECoC preparation period. As a ‘warm-up’, Maribor hosted various events in 2011, such as the June exhibition of a series of wood sculptures by the Finnish group Puunkuokkijat in Vetrinjski dvor, erected to mark the international year of forests. In July, an exhibition of modern German photography entitled Presentation opened in the Maribor Art gallery.

WHO WE LOOKed FORWARD TO?

Among others, were eagerly anticipating the works of Victor Vaserly from Hungary, and modern dance from Spain presented by the Gelabert Azzopardi group. The following were also scheduled to appear in the Cultural Embassies programme: Euro Rotelli, the famous photographer from Italy, and Fire sculptures from Estonia. The Goethe Institute prepared a special communications-themed programme, The Language of the Future. In July 2012, a global event for young artists took place, in cooperation with the World Event Young Artists and the British Council. In December, the Cultural Embassies programme closed with a nod to Latvia, with an exhibition of their Secessionist architecture and a concert by the pianist and composer Vestards Šimkus.