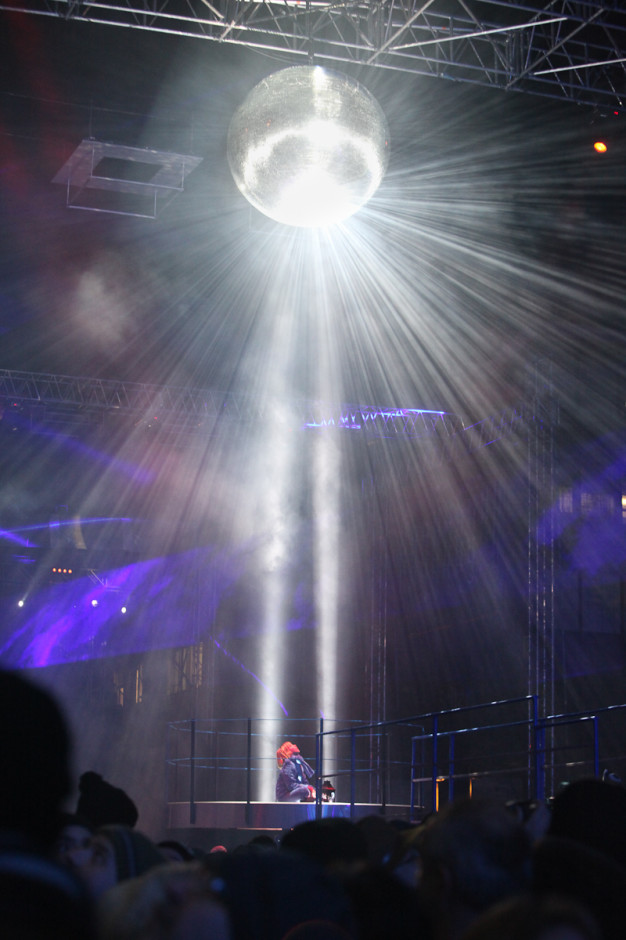 January 14th 2012 was a cold day in the town on the Drava River. But the cold did not seem to bother anyone, because Maribor became the first Slovene town to be formally awarded the title of European Capital of Culture.

With the opening ceremony, held on the new Leon Štukelj Square in the heart of the town, Maribor took over the throne of European culture, and marked the launch of a project Slovenia had never seen before.

One hundred artists, a laser show, keynote addresses delivered by the President of the Republic of Slovenia dr. Danilo Türk and the European Commissioner for Culture Andrula Vasiliou, other prominent guests and a concert of the popular Slovene band Dan D opened the symbolic journey of light and hope, and introduced Maribor and Slovenia to the colourful bustle of the European Capital of Culture. The official slogan The Turning Point! boldly announced the positive change of thought in Maribor and its partner towns.

4 programmes strands and 3 entities of ECoC

The opening ceremony was a resonating and powerful launch of the project Maribor has been preparing for for several years, yet still not as powerful and bold as the programme scheme of the European Capital of Culture 2012 offered by Maribor and its partner towns.

The four central programme strands Town Keys, Terminal 12, Urban Furrows and LifeTouch, the three entities Cultural Embassies, RAZ:UM and Opportunity for All, and more than 400 projects featuring approx. 5.300 events shook the foundations of all levels of culture and society in town.

The Town Keys programme strand drew from the reconsideration of the position of “basic historical cell”, i.e. the inhabitants of Maribor, and searched for ways to integrate the people in the ECoC project so that they would call it their own. The central focal point of the programme strand was the story of the urban nature of Maribor, whereas its objective was to create an interesting, content-filled town centre, brimming with urban pulse.

The LifeTouch programme strand denoted an essence consisting of two main goals. The first was to create a web stream which would best present to the world the programme and events of the European Capital of Culture 2012, whereas the second was the streaming of (auto) reflections on the project. The first part of the thought process behind the programme strand closely followed the programme and reflected on the contents and events of ECoC 2012, whereas the second part called on the public to reconsider the broader cultural and geopolitical environment which affected and determined the historic and present borders of the Eastern cohesional region in which ECoC 2012 took place.

The ECoC crew bid farewell also to the people of Maribor by handing out potted seeds of an autochthonous kind of buckwheat (called ajda čebelica or bee buckwheat), which represented the seed of cultural growth, planted in the town and the region by the ECoC project.

When the project slowly but surely drew to a close, the Institute Maribor 2012 bid farewell with a symbolic wish that the energy unearthed during ECoC would continue to grow and flourish long into the future.